Amnesty International USA is hosting two events in San Francisco with former Prisoner of Conscience Tibetan Filmmaker Dhondup Wangchen. This is in conjunction with International Campaign for Tibet as sponsors and some local partners such as Students for a Free Tibet. At the events, Dhondup will be showcasing his film “Leaving Fear Behind” which documents his heroic journey to bring Tibetan voices to the Beijing Olympic Games. Dhondup was sentenced to six years imprisonment in December 2009 after the film was smuggled out of Tibet.

To read more about his case you can it read here

The dates and times of the event are as follows:

Q&A and Panel Discussion After the film 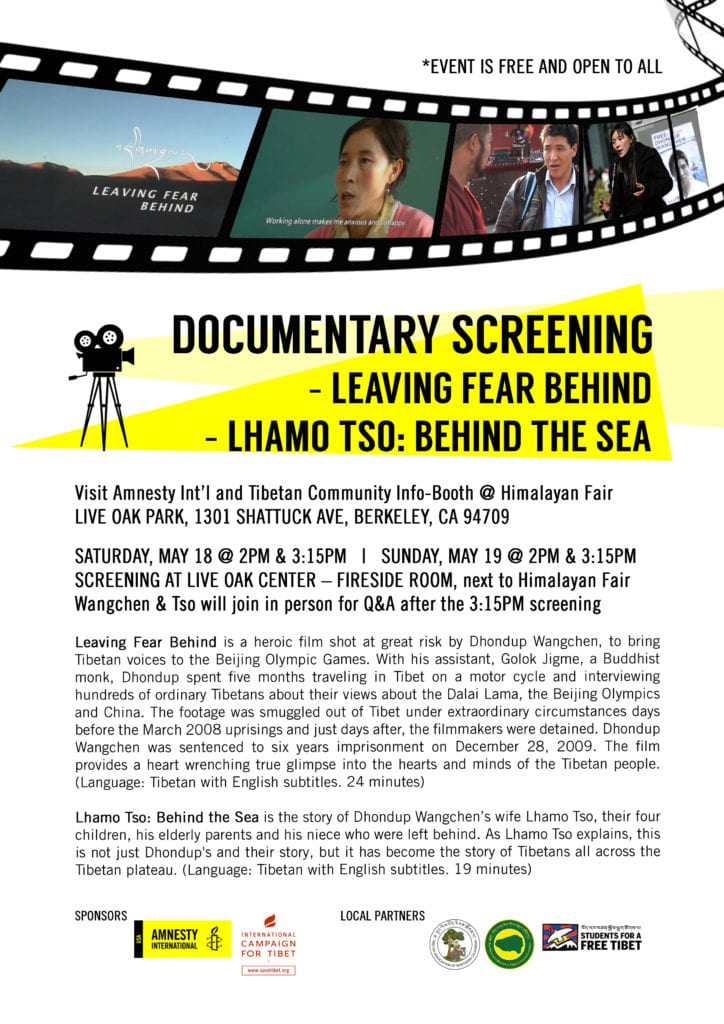 At the Himalayan Fair

Q&A Session After the 3:15pm Screening

Both of the events are free and open for all.