In response to the Jun. 24 Supreme Court decision to overturn Roe v. Wade and strip Americans of the right to an abortion, Amnesty International USA said: “Millions of people who can become pregnant in the United States now face a future where they will not be able to make deeply personal choices that affect their bodies, their future, and the well-being of their families. This ruling affects each and every person in the United States, regardless of their ability to become pregnant.” We call on Congress to use all of the tools at its disposal and pass legislation with haste to ensure universal access to abortion, post-abortion care, and evidence-based, non-biased abortion-related information, free of force, coercion, violence and discrimination. 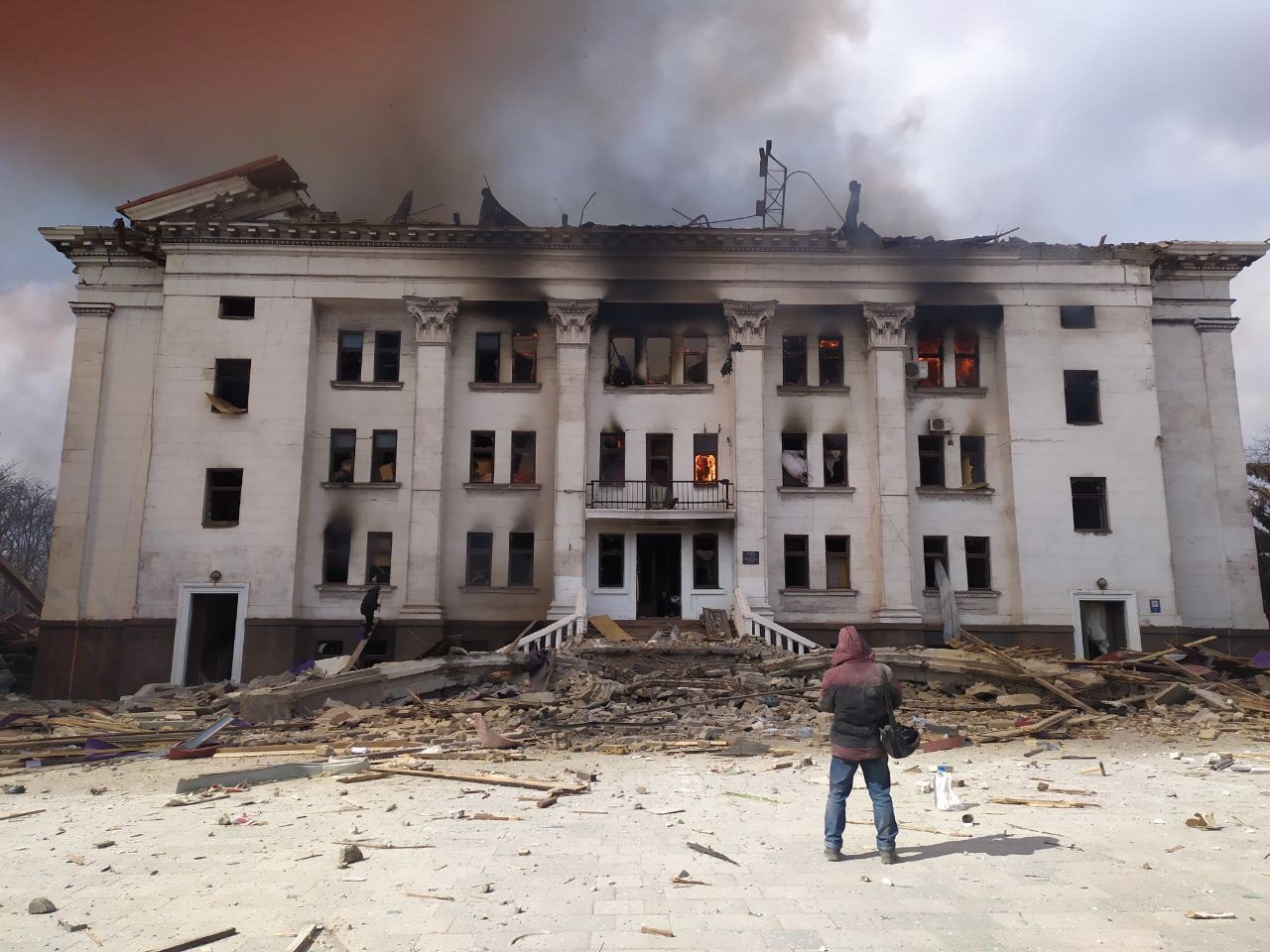 Actor Serhii Zabohonskyi stands outside Drama Theatre in Mariupol where he used to perform, moments after he survived the explosion on Mar. 16. (Photo by Amnesty International)

Amnesty International released an extensive investigation on Jun. 29 concluding that the Russian military attack on a Ukrainian theatre in March was a war crime.

The report, titled “Children”: The Attack on the Donetsk Regional Academic Drama Theatre in Mariupol, Ukraine, details the Mar. 16 strike which killed at least a dozen people and likely many more.  At the time of the attack, hundreds of civilians were in and around the theatre. The theatre was clearly recognizable as a civilian object, perhaps more so than any other location in the city.

Amnesty International’s Crisis Response team interviewed numerous survivors, collected extensive digital evidence, and commissioned a physicist to build a mathematical model of the detonation, concluding that the attack was almost certainly carried out by Russian fighter aircraft. Based on the available credible evidence, the investigation found that a deliberate air strike targeted at a civilian object was the most plausible explanation.

Amnesty is calling on the International Criminal Court, and all others with jurisdiction over crimes committed during this conflict, to investigate this attack as a war crime.

Amnesty International USA joins others in the gun violence prevention community in welcoming the recent passage of legislation that aims to curb gun violence, but further action is needed to address this human rights crisis. We continue to urge lawmakers to enact comprehensive, common sense, human rights-based gun safety legislation without further delay, including:

For more information, read Amnesty International USA’s report “In the Line of Fire: Human Rights and the U.S. Gun Violence Crisis” and our briefing on the potentially catastrophic impact of the Supreme Court’s Jun. 23 decision to strike down century-old New York law regulating concealed weapons.

Last month, 53 migrants died in the scorching heat of a tractor trailer in San Antonio, underscoring the failure of deterrence policies which lead to preventable deaths and undermine the human right to seek asylum. Communities across the country are grieving their deaths and those of Haitians and many others who are lost on dangerous sea and land routes because of inhumane policies like Title 42.

Following the disappointing markup of the FY23 Homeland Security funding bill, Amnesty implores all lawmakers to oppose any other legislative attempts that would extend or keep Title 42 or any other anti-asylum policy. Using Title 42 to prevent people from applying for asylum is a perverse misuse of public health law, goes against recommendations by the Centers for Disease Control and Prevention (“CDC”), and puts people directly into harm’s way by expelling them to dangerous areas in Mexico where they face the threat of kidnapping, rape, and violence.

While the FY23 Homeland Security bill requests a significant and necessary reduction in immigration detention capacity, it increases Immigration and Customs Enforcement (“ICE”) and Customs and Border Protection (“CBP”) funding for border and surveillance technologies that harm, criminalize, and restrict people seeking safety. Amnesty urges appropriators to ensure deep cuts to ICE and CBP funding make it into the final bill in addition to the critical reduction in immigration detention beds. Immigrants and asylum-seekers have community ties and resources and should be allowed to navigate their cases in freedom and with their loved ones, not in detention or under surveillance.

LAWMAKERS SHOULD BACK HUMAN RIGHTS PROVISIONS IN 2023 NDAA

The U.S. government has been fighting a global “war on terror” for two decades, killing thousands of civilians in the process. Members of Congress should back all provisions in the National Defense Authorization Act (“NDAA”) for 2023 that aim to create more transparency and accountability in how the U.S. government uses lethal force and how it investigates and responds to the civilian harm it has caused. Lawmakers should also support the creation of an independent commission to review how the U.S. government has used lethal force in the past, why it has killed so many civilians, and and to ensure the United States learns from its past mistakes.

A legacy of the “war on terror,” the United States continues to imprison Muslim men indefinitely and without charge at the Guantánamo prison in Cuba. Congress has restricted the government’s ability to transfer Guantánamo detainees to the U.S., including for trial or medical treatment, and prevented their transfer to other countries. The 2023 NDAA presents an opportunity for all members of Congress to support lifting transfer restrictions so that the Biden administration can finally close the Guantánamo Bay detention center and end the unconscionable practice of indefinite detention once and for all.

HUMAN RIGHTS ON CAPITOL HILL WILL BE ON HIATUS DURING THE MONTH OF AUGUST. KEEP AN EYE OUT FOR OUR NEXT ISSUE IN SEPTEMBER.