SEVERAL IN DIRECT RELATION TO THEIR WORK 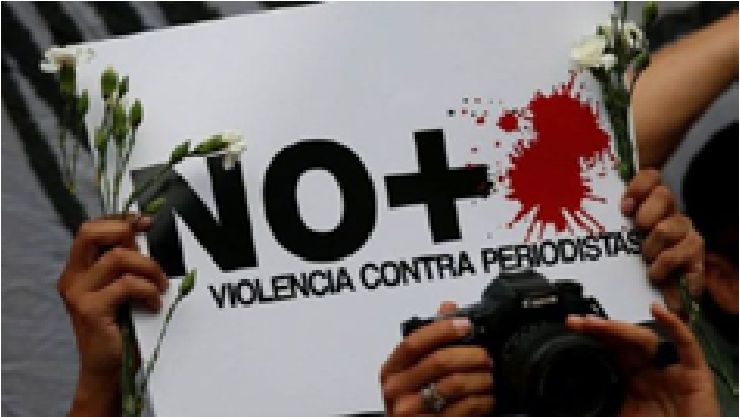 Mexico’s government has launched initiatives in recent years to respond to these alarming trends. In 2006, it created a special prosecutor’s office for Crimes against Freedom of Expression (Fiscalía Especial para la Atención de Delitos Cometidos Contra la Libertad de Expresión-FEADLE). In 2012, the Federal Protection Mechanism for Journalists and Human Rights Defenders was set up, with the intention of delivering swift and effective responses to threats against these groups. But none of the initiatives have been effective. Of the 1,149 investigations initiated since 2010, only 10 or less than 1% has led to a conviction of the perpetrators.

According to a report “Protocol of Impunity in Crimes against Journalists ” published in February 2019 by Article 19, a non-governmental Mexican organization, Mexican journalists face physical aggressions, arbitrary detentions, harassment and threats, even the fabrication of crime and criminal proceedings, torture, disappearance and murder. “Impunity is the constant, impunity is the rule,” declared Leopoldo Maldonado, Regional Deputy Director of the organization defending journalists and activists.

Journalists working in Mexico deserve better. In spite of living in a persistent climate of intimidation, threats, and attacks they continue their work with determination and courage. They should not have to face these threats alone. First, the federal protection mechanism must be fully operational, so that it can ensure the safety of journalists. Second, all attacks against journalists must be fully investigated with those responsible brought to justice. President Andrés Manuel López Obrador himself must convey the message that journalists are legitimate and vital actors in a democratic society. If the President wants to keep democracy alive, he must lead the way.

Amnesty International (AI) calls on the Mexican government to ensure that the federal protection mechanism is fully operational so that it protect threatened journalists. AI calls on federal and state authorities to promptly and impartially investigate the murder of journalists and bring those responsible to justice. AI reminds the authorities of their obligation to ensure that those who practice journalism can carry out their work without fear of reprisals.