Located in China’s far northwest, Xinjiang Uyghur Autonomous Region (Xinjiang) is a huge, sparsely populated area encompassing vast semi-desert steppes in the north and severe desert basins ringed by historic oasis towns in the south. More than half of the region’s population of 22 million people belong to mostly Turkic and predominantly Muslim ethnic groups, including Uyghurs (around 11.3 million), Kazakhs (around 1.6 million) and other populations whose languages, cultures and ways of life vary distinctly from those of the Han who are the majority in “interior” China.

Rich in coal, natural gas and oil and sharing borders with eight different countries, Xinjiang is intertwined with many of China’s economic, strategic and foreign policy goals. But decades of inter-ethnic tensions have led to cycles of sporadic violence and heavy-handed repression. China’s leaders now consider stability in Xinjiang vital to the success of the “Belt and Road Initiative,” a massive global infrastructure development program aimed at strengthening China’s links to Central Asia and beyond.

Since 2017, disturbing details have emerged from the region describing intrusive surveillance, arbitrary detention, political indoctrination and forced cultural assimilation being carried out there on a massive scale and targeting the region’s Uyghurs, Kazakhs and other predominantly Muslim peoples. In concluding observations to its August 2018 review of China, the UN Committee on the Elimination of Racial Discrimination expressed alarm about reports of arbitrary, prolonged and incommunicado mass detention of Uyghurs and other predominantly Muslim minorities under the pretext of countering terrorism and religious extremism.

Mass detention camps began making their appearance locally in 2014, spreading rapidly throughout Xinjiang after the adoption of regional “Regulations on De-Extremification” in March 2017. The goal of these facilities appears to be replacement of religious affiliation and ethnic identity with secular, patriotic political allegiance. The Chinese government initially denied their existence, but their construction has been documented by recruitment and procurement documents and satellite imagery. Eventually, it acknowledged their existence but claimed that they were voluntary “vocational training centers.”

No one knows exactly how many people have been detained since the crackdown began. One widely accepted estimate, published in May 2018, put the total number of detained at “anywhere between several hundred thousand and just over one million.” Those sent to detention camps are not put on trial; they have no access to lawyers or right to challenge the decision. Detentions are apparently open-ended and can last weeks, months – possibly even years. Because there is no fixed “sentence,” the authorities are left to decide when an individual has been satisfactorily “educated.”

According to those who have spent time in these centers, life inside for detainees is subject to a harsh discipline all but indistinguishable from that in formal detention facilities. They are lectured about the dangers of “religious radicalism,” made to study Chinese, and forced to memorize legal provisions and patriotic songs and write “self-criticisms” that are key to determining whether they have been sufficiently “educated” for release.

Those who resist or fail to show enough progress reportedly face punishments ranging from verbal abuse to food deprivation, solitary confinement, beatings and use of restraints and stress positions – likely to amount to violations of the absolute prohibition under international law of torture or other cruel, inhuman or degrading treatment or punishment. There have been reports of deaths inside the facilities, including suicides of those unable to bear the mistreatment.

China has rejected calls from the international community, including Amnesty International, for it to allow independent experts unrestricted access to Xinjiang. Instead, China has made efforts to silence criticism by inviting delegations from different countries to visit Xinjiang for carefully orchestrated and closely monitored tours.

Since 2017, Uyghur parents studying or making a living abroad began living a recurring nightmare. Many had left one or more children in the care of family members in their hometowns back in Xinjiang. The mass detention campaign combined with systematic repression have prevented Uyghur parents from returning to China to take care of their children themselves and made it nearly impossible for their children to leave China to reunite with them abroad. While some contact with their children was possible at first, it ended when the relatives who had been looking after the children were taken to internment camps or jailed themselves. Although it is often extremely difficult, if not impossible, for Uyghurs overseas to receive information about the whereabouts of their family members, some parents have received bits and pieces of information in the form of coded words, or photos and videos, from relatives and friends that make them believe their children were taken to state-run “orphan camps” or boarding schools.

For more information on Amnesty International’s work on Xinjiang, refer to the links below or contact the AIUSA China Coordination Group. 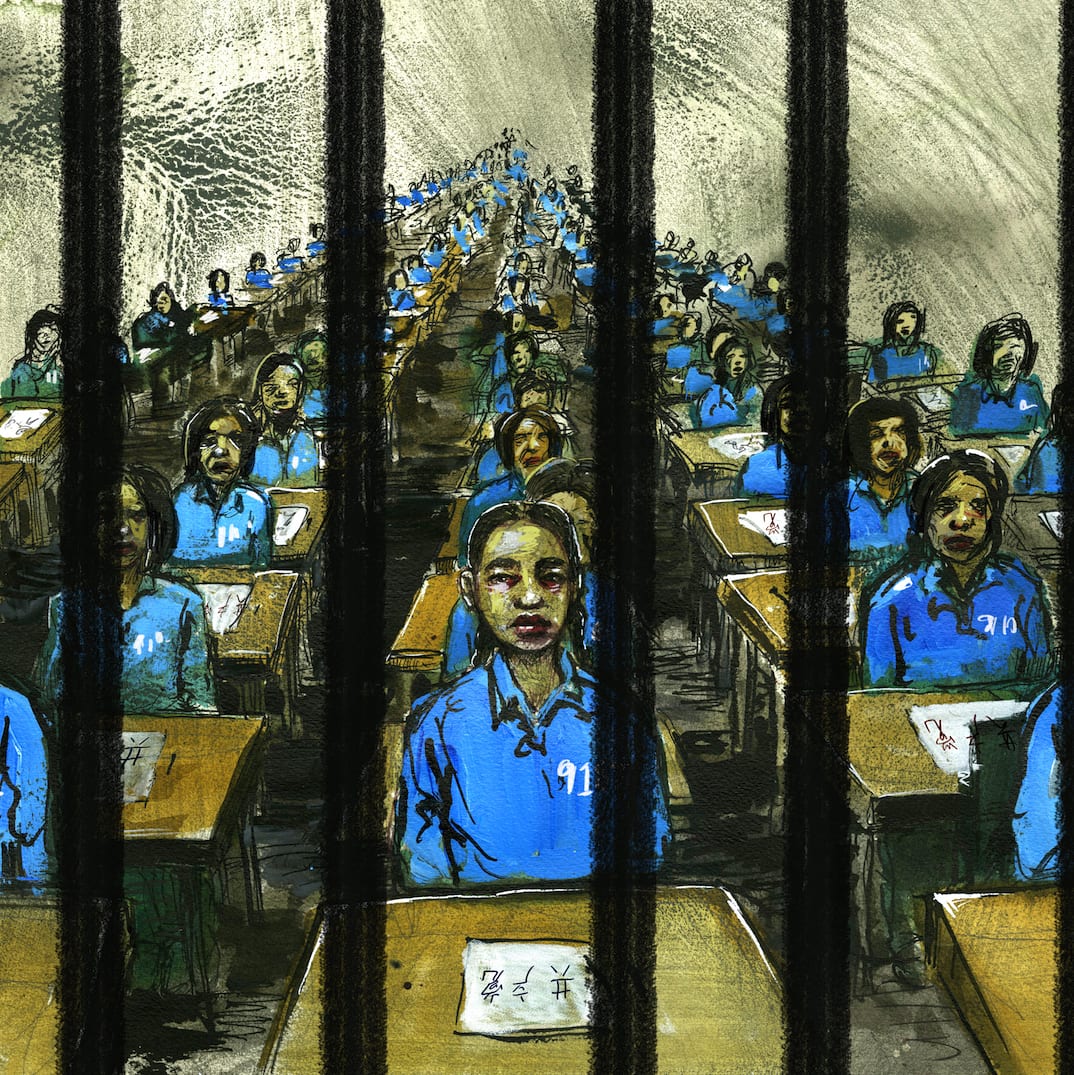 NEW REPORT: LIKE WE WERE ENEMIES IN A WAR

In a new report, Amnesty International’s Crisis Response team released dozens of new testimonies from former detainees detailing the extreme measures taken by Chinese authorities since 2017 to essentially root out the religious traditions, cultural practices and local languages of Muslim ethnic groups in Xinjiang. Carried out under the guise of fighting “terrorism”, the authorities have targeted ethnic Uyghurs, Kazakhs, Hui, Kyrgyz, Uzbeks and Tajiks. 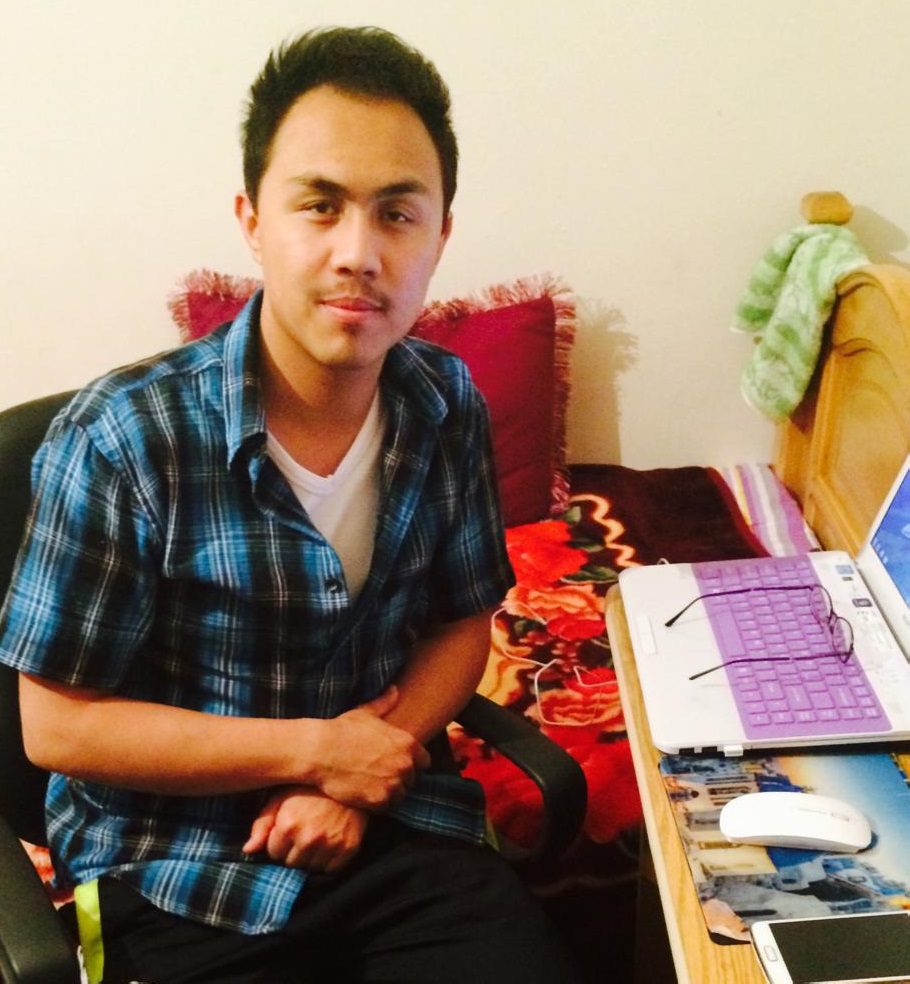 FREE YILIYASIJIANG REHEMAN AND OTHER UYGHURS LOCKED UP IN SECRET CAMPS

Yiliyasijiang Reheman and his wife Mairinisha Abuduaini were expecting their second child when Yiliyasijiang went missing. Both were studying in Egypt when, in July 2017, the government rounded up about 200 Uyghurs — a predominantly Muslim ethnic group from China’s Xinjiang Uyghur Autonomous Region — forcing some back to China.