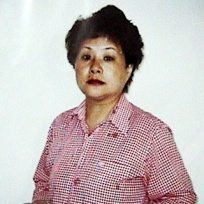 Mao Hengfeng had first-hand experience in forced abortion in the late 1980's. Since then, she has called attention to forced abortions and forced evictions in China. She has been detained repeatedly. She was in prison between January 2007 and November 2008. While in detention, she was tortured and ill-treated by the authorities.

The most recent detention of Mao Hengfeng stems from her 2009 protest of the detention of Liu Xiaobo, a prominent human rights defender in China and the recipient of the 2010 Nobel Peace Prize. On December 25, 2009, Mao Hengfeng protested outside the court building in Beijing where Liu Xiaobo was on trial. She was taken by police on February 24, 2010 from the Beijing motel where she was staying. The police notified her family on March 8, 2010 that Mao Hengfeng was given 18 months Re-education Through Labor (RTL) for "disturbing social order" due to her actions in December 2009.

Mao Hengfeng was released on medical parole due to high blood pressure on February 22, 2011. She celebrated with friends at a restaurant. Thereafter she was prevented from leaving her house. On February 23 she attempted to visit a doctor but was stopped by police. According to her family, she did not confront the police and stayed at home. Shortly before the release, a doctor found signs of bleeding in her brain from a CT scan and she has partially lost feeling on the left half of her body.

On February 24, 2011 she was arrested on the grounds of having violated the terms for medical parole. She was taken to Shanghai City Prison Hospital, where she was previously held and ill-treated in 2008. Her family was not allowed to visit her at the hospital.

On July 28, 2011, Mao Hengfeng was sent home in a wheelchair without any advance notice to her family. Shanghai City RTL Management Department decided to end her term of RTL almost one month earlier than her scheduled release date. The reason was "she had serious high blood pressure and should get treatment in a public hospital". When her family saw Mao Hengfeng outside their house, she was unconscious and in very poor health. She was not able to talk and could not stand up as she was so weak.

Three days after the official release from RTL, Mao Hengfeng's health condition improved and she told Amnesty International the torture she had endured in the prison hospital. She was beaten numerous times. She had often lost consciousness. She was kept on a hospital bed and could not move without permission. She was not allowed to contact her family and was not allowed to shower or bathe. An inmate was assigned to monitor her. At one point, the beatings have caused her to lose hearing and eye sight for 24 hours. By July 27, 2011, Mao Hengfeng kept slipping in and out of consciousness, unable to eat or drink. The prison hospital was worried about her health condition and decided to end her RTL and send her home.

Amnesty International calls on the authorities to initiate an impartial and independent investigation into the allegations that Mao Hengfeng was tortured and otherwise ill-treated in detention, with a view of bringing those responsible to justice.