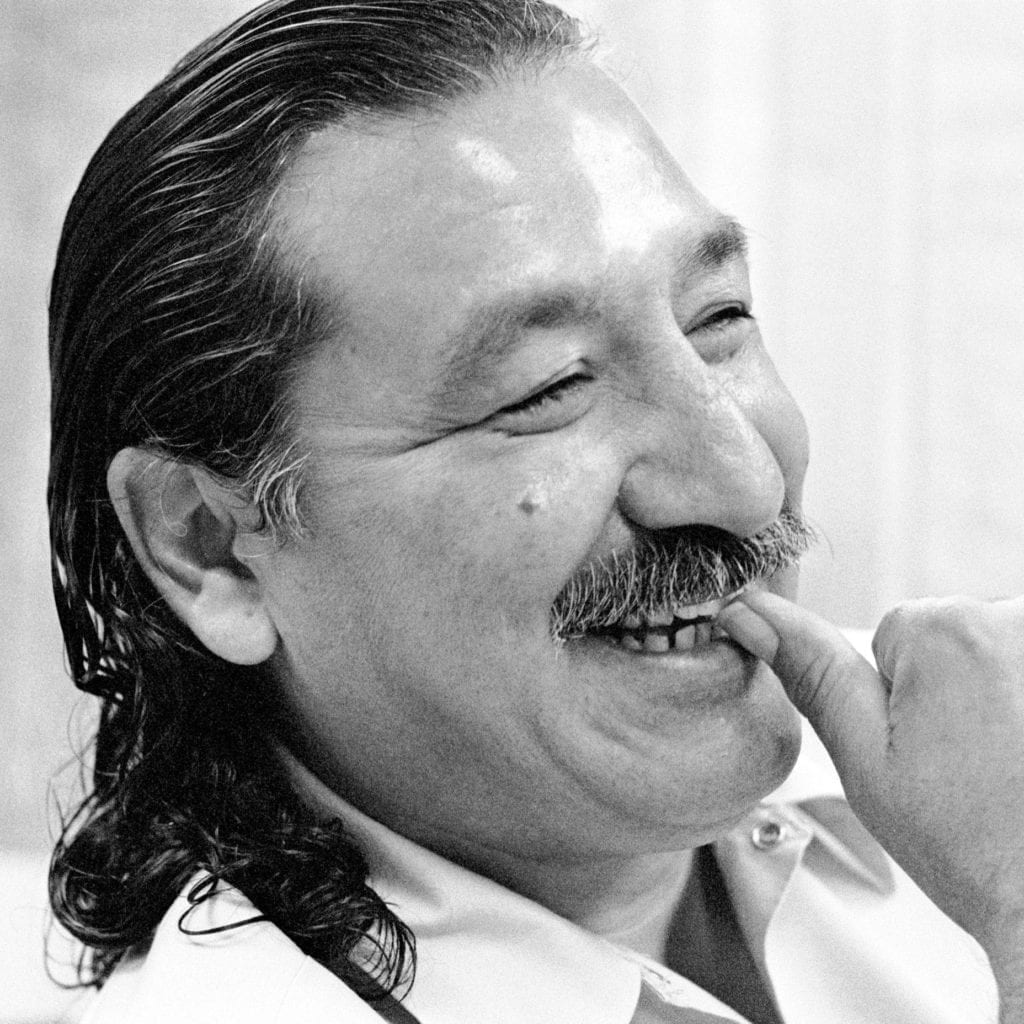 Leonard Peltier (inmate register number 89637-132), an Anishinabe-Lakota Native American, is a federal prisoner serving two consecutive life sentences at USP Coleman I Penitentiary in Coleman, Florida, for the murders of two Federal Bureau of Investigation (FBI) agents in 1975. Amnesty International (AI) has studied his case extensively over many years and remains seriously concerned about the fairness of proceedings leading to his trial and conviction. AI believes that political factors may have influenced the way in which the case was prosecuted. Leonard Peltier’s most recent petition for release on parole was denied by the US Parole Commission in 2009, and AI understands that he is not eligible for consideration for parole again until 2024. Given that all available legal remedies have been exhausted and that that Leonard Peltier has now spent over 40 years in prison, AI believes that in the context of these ongoing concerns, the US authorities should order Leonard Peltier’s release from prison on humanitarian grounds and in the interests of justice. Until that happens, Amnesty also supports Leonard Peltier’s request to be moved to a different detention facility closer to his family, in Oxford, Wisconsin.

Leonard Peltier was a leading member of the American Indian Movement (AIM), an organization which seeks to promote and uphold Native American Indian rights. On 26 June 1975, during a confrontation involving AIM members on the Pine Ridge Indian reservation in South Dakota, FBI agents Ronald Williams and Jack Coler were shot dead. Leonard Peltier was convicted of their murders in 1977 and sentenced to two consecutive life sentences. Leonard Peltier does not deny that he was present during the incident. However, he has always denied killing the agents as was alleged by the prosecution at his trial.

A key alleged eyewitness to the shootings was Myrtle Poor Bear, a Lakota Native woman who lived at Pine Ridge. On the basis of her statement that she had seen Leonard Peltier kill Williams and Coler, Leonard Peltier was extradited from Canada, where he had fled following the shootings. However, Myrtle Poor Bear later retracted her testimony. Although not called as a prosecution witness at trial, the trial judge refused to allow Leonard Peltier’s attorneys to call Myrtle Poor Bear as a defense witness on the grounds that her testimony “could be highly prejudicial to the government.” In 2000, Myrtle Poor Bear issued a public statement to say that her original testimony was a result of months of threats and harassment from FBI agents. The FBI had supplied the state authorities with the same witness in another case involving a leading American Indian Movement (AIM) member: she retracted her testimony in both cases.

In 1980 documents were released to Leonard Peltier’s lawyers as a result of a lawsuit under the Freedom of Information Act. The documents contained evidence which might have assisted Leonard Peltier’s case, but which had been withheld by the prosecution at trial. However, in 1986, the US Court of Appeal for the Eighth Circuit denied Leonard Peltier a retrial, stating that: “We recognize that there is some evidence in this record of improper conduct on the part of some FBI agents, but we are reluctant to impute even further improprieties to them.”

In 1991 Gerald Heaney, the judge who presided over Leonard Peltier’s 1986 appeal hearing, expressed his concerns about the case. In a letter to Senator Daniel Inouye, Chair of the Senate Select Committee on Indian Affairs, Gerald Heaney wrote that he believed: “the FBI used improper tactics in securing Peltier’s extraction from Canada and in otherwise investigating and trying the Peltier case.” He added: “Although our Court decided that these actions were not grounds for reversals, they are, in my view, factors that merit consideration in any petition for leniency filed.”

The US Parole Commission has held a number of parole hearings on Leonard Peltier’s case. However, it has always denied parole on the grounds that Peltier did not accept criminal responsibility for the murders of the two FBI agents. This is despite the fact that, after one such hearing, the Commission acknowledged that, “the prosecution has conceded the lack of any direct evidence that you personally participated in the executions of two FBI agents.”

Furthermore, James H. Reynolds, the United States Attorney whose office handled the criminal case prosecution and appeal of Leonard Peltier, wrote in a letter to then President Barack Obama that he supported clemency and release of Leonard Peltier as “being in the best interest of Justice in considering the totality of all matters involved.”

In 2015, several Nobel Peace Prize winners—including Archbishop Desmond Tutu—called for Leonard Peltier’s release. The Standing Rock Sioux Tribe and the National Congress of American Indians have also called for his release. He has previously sought clemency, most recently from President Obama in 2016, but his petition has been denied each time.

Leonard Peltier is currently imprisoned in Florida, approximately 2,000 miles from his family in North Dakota. It is a physical hardship for his family to visit him, and almost impossible financially. As a result, he is very rarely visited by his loved ones

Leonard Peltier is now aged 74 and in poor health, suffering from diabetes, and in January 2016 was diagnosed with an abdominal aortic aneurysm, which can be fatal if it ruptures. More recently he has developed issues with his prostate that he describes as both painful and bothersome.

The American Indian Movement (AIM) is an activist group involved in promoting the rights of “traditionalist” Indians during a period of intense conflict in the 1970s. In the two years prior to the confrontation in which the two FBI agents were killed, more than 60 Indians on the Pine Ridge reservation had been killed, allegedly by paramilitary squads connected to the tribal government, without anyone being brought to justice for the crimes. AIM members who had come to the reservation to assist “traditionalists” opposing the tribal government were also allegedly threatened. Relations between AIM and the FBI were also tense, with accusations that the authorities had not done enough to protect those at risk on the reservation.

The confrontation in which the two FBI agents were killed took place after the agents entered the reservation with an arrest warrant and started following a red pick-up truck. An exchange of gun fire took place. Evidence was presented at trial to show that the agents received multiple shots and were quickly disabled before being shot dead at point-blank range.

Two other AIM leaders were initially charged with the agents’ murders and were tried separately: no evidence was presented to link them to the point-blank shootings. The jury acquitted them on hearing evidence about the atmosphere of violence and intimidation on the reservation and concluded that arguably they might have been acting in self-defense during the exchange of gunfire.

Following their acquittal, the FBI renewed its efforts to apprehend Leonard Peltier, securing his extradition from Canada in 1976, where he had fled following the shootings. At his trial, the prosecution alleged that the gun which killed the agents was his. During post-trial investigations, the defense team discovered a telex message suggesting that Peltier’s gun contained a different firing pin from the one used to kill the agents. This was raised on appeal and a hearing to consider this evidence was held. However during the hearing the significance of the telex was contested by the government, which argued that sufficient evidence had been presented to the jury at trial to show that Leonard Peltier had “aided and abetted” the killings, even if he had not been the actual killer.

Amnesty International believes however that the outcome may well have been different had Leonard Peltier been able to effectively challenge the ballistics evidence linking him to the fatal shots.

Recently, Leonard Peltier has asked to be transferred to a facility in Wisconsin, closer to his family. Take action and ask Chief John O’Brien to grant Leonard Peltier’s transfer.