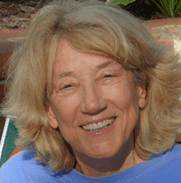 Christina has been involved with Amnesty International since the mid-1970s when she co-chaired AIUSA adoption group #34 with Bernie Hamilton, who headed Minority Rights Group International. In January 1979 she joined the staff of the Inter-American Commission of the Organization of American States OAS), where she worked for 33 years until she retired at the end of December 2011.  As an OAS staff member, she was not permitted to be a member of AIUSA or, as a US national, to work on cases involving the US. She became a member of the AIUSA Board in 2019, so that she could work on issues involving the US, especially gun violence.

She blogs for Global Military Justice Reform and has published articles on international human rights law in journals throughout the world.