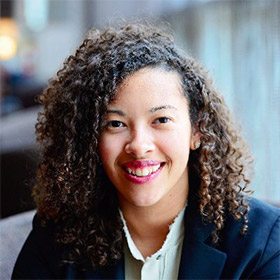 Kristina Roth is the Senior Advocate for Criminal Justice Programs at Amnesty International USA. She oversees the organization’s work to abolish the death penalty and stop unlawful use of force by police. She serves as AIUSA’s expert on these matters and works regularly with grassroots activists, impacted communities, fellow advocates, elected officials and other top stakeholders to put an end to these urgent human rights abuses. Kristina serves as a co-chair of the Justice Roundtable’s federal Law Enforcement Reform Working Group and has represented AIUSA before the UN Special Rapporteur on Racism, Racial Discrimination, Xenophobia and Other Forms of Intolerance, at the annual Fast and Vigil to Abolish the Death Penalty and testified as an expert on police use of force before the Maryland Legislature. She has appeared on MSNBC’s The Cross Connection and Al Jazeera, and her analysis has appeared in The New York Times, The Washington Post, NPR and other outlets.