HOW TO PROTEST SAFELY

Learn more about protesting and organizing Learn about deadly force and police accountability.

Everyone has the right to assemble and to peacefully protest. For years, activists have been calling for equality for Black lives and Black communities and broad reforms in our policing and criminal justice systems. From activists organizing in Ferguson to leaders like Colin Kaepernick showing their solidarity, calls for change have been resonating louder and louder with each life lost.

Black people, already uncertain about their safety and future in this country, and peaceful protestors face more militarized policing as they raise their voices in protest.

It’s more vital than ever to bring our communities and people together: take action and know your human rights to protest. Your action can bring hope and create lasting change. Everyone has a role in creating a world in which one person’s life matters just as much as the next person’s, no matter the color of their skin, their immigration status, their gender identity, or their religion.

If any of your rights are violated, you have a right to file a complaint and to be provided information on how to do so. Any and all violations of human rights by the police or other authorities must be investigated fully, promptly and independently. 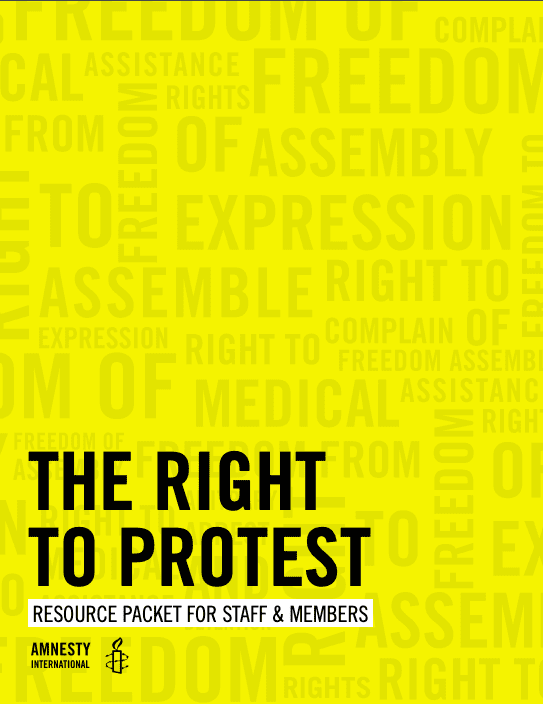 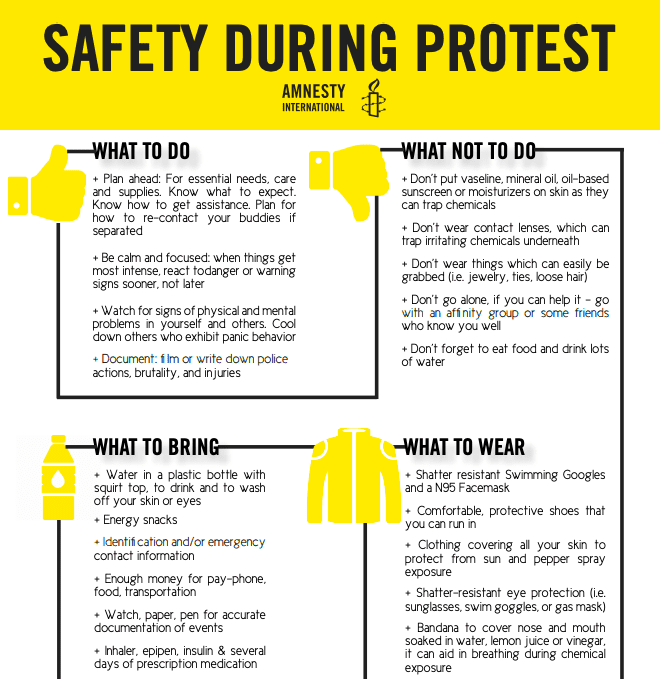 Want to do more?

This is where we need to be tying everything together with RN!
#rightsnow

As one of the world’s largest grassroots organizations, Amnesty International has a long history of monitoring and investigating police conduct throughout the world, including in the U.S. We investigate and expose abuses, educate and mobilize the public, and engage in transformative action to create a safer and more just world. When the U.S. government demands that governments in other countries improve their human rights records, we must hold it accountable by asking it to be transparent about its own human rights abuses with regard to policing. As a non-partisan organization, Amnesty International is committed to holding all government officials accountable to human rights.