On 16 June 2020, after more than seven months of relentless campaigning, there has finally been a breakthrough in the case of disappeared activist and father Muhammad Idris Khattak. Authorities admitted that they have him in their custody and that they will be charging him under the 1923 Official Secrets Act (OSA). While it is a relief that Idris Khattak is alive, his whereabouts remain unknown and a conviction under the OSA could result in a lengthy prison term or a death sentence. As a patient of diabetes requiring daily medication, Khattak’s health is at even greater risk during the COVID-19 outbreak. 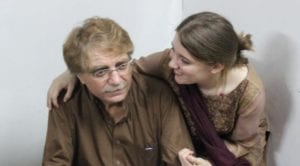 I write to you to out of extreme concern for the life and safety of Muhammad Idris Khattak, a 56-year-old human rights defender and a former consultant with Amnesty International who authorities admitted to having in their custody on 16 June 2020. This is the first time that any information about his case has been released since he was disappeared more than seven months ago, on 13 November 2019.

The exact charges against him under the Official Secrets Act have not been made known and neither has the upcoming judicial process. He has not been granted access to his family or his lawyer. Mr. Khattak is a human rights defender and independent researcher, who has documented human rights violations faced by people in Khyber Pakhtunkhwa and the former Federally Administered Tribal Areas.

Few punishments are as cruel as enforced disappearances and not knowing the whereabouts and fate of their loved one is a source of immense pain and anguish for Mr. Khattak’s family. You have previously shown your support for the families of enforced disappearances, even joining them during demonstrations. His daughters Shumaisa and Talia are terrified that the worst will happen to their father while he is in the custody of the state.

It is distressing that there is no way to know if Mr. Khattak, a patient of diabetes who already requires daily medication, is receiving adequate protection from the COVID-19 outbreak. I call upon you to immediately disclose the whereabouts of Idris Khattak to his family, and either immediately release him or ensure that he is brought promptly before a judge in a civilian court to rule on the lawfulness of his arrest or detention. He must be granted access to his lawyer and family.