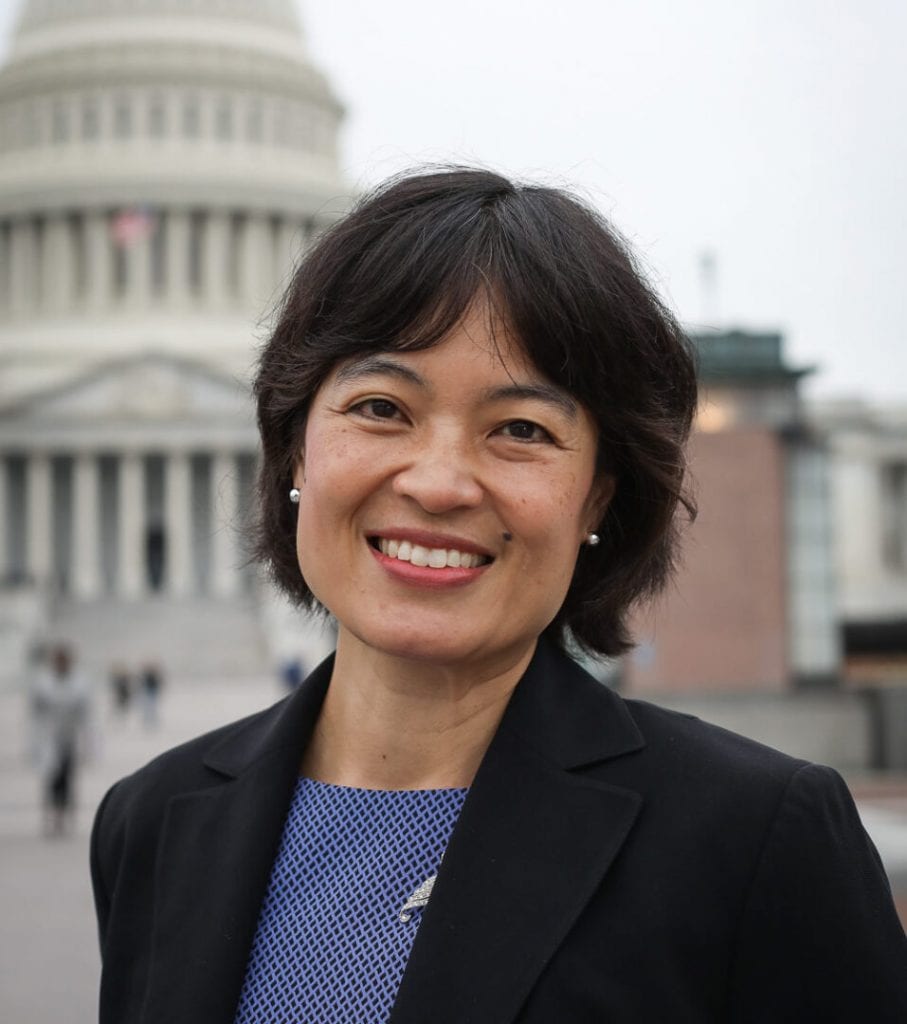 Prior to Amnesty, Joanne led the ACLU’s national immigration policy advocacy for over a decade. She spearheaded national campaigns to protect immigrant detainees from sexual assault in custody, to limit the use of solitary confinement of immigrant detainees, to expose profiteering in immigration detention, to curb immigration enforcement at courthouses, and to end the post-9/11 national registry targeting Muslim and Arab males. Prior to the ACLU, Joanne worked at Legal Momentum’s Immigrant Women Program where she was a principal drafter and negotiator of the immigration title of the Violence Against Women Reauthorization Act of 2005. She has a long career of working effectively in a bipartisan manner with lawmakers from both parties to advance human rights.

Joanne has testified before Congress on international human rights and has been recognized by The Hill as a top grassroots lobbyist for three consecutive years (2018-2020). She has been a regular commentator on human rights on CNN, MSNBC, NPR, Washington Post, New York Times, Foreign Policy, USA Today, Politico.

Joanne started her career as a Soros Justice Fellow at Bay Area Legal Aid, where she represented Asian immigrant domestic abuse survivors in family law, public benefits, and immigration matters. She also practiced immigration law, representing families and employers in asylum, naturalization, family immigration, and business immigration matters. She clerked for Shirley Abrahamson, the former chief justice of the Wisconsin supreme court. Joanne is a graduate of New York University School of Law, Stanford School of Education, and Stanford University. She lives in Washington, D.C. with her spouse and children.