Turkish civil society activist Osman Kavala was arrested in October 2017 and continues to face politically-motivated charges. Kavala has been jailed solely for his nonviolent activism and philanthropy. Since his detention, he has spent more than 1,000 days in prison. On July 22nd, Amnesty International USA joined Freedom House, PEN America, and the Project on Middle East Democracy to call on the State Department to demand his immediate and unconditional release. 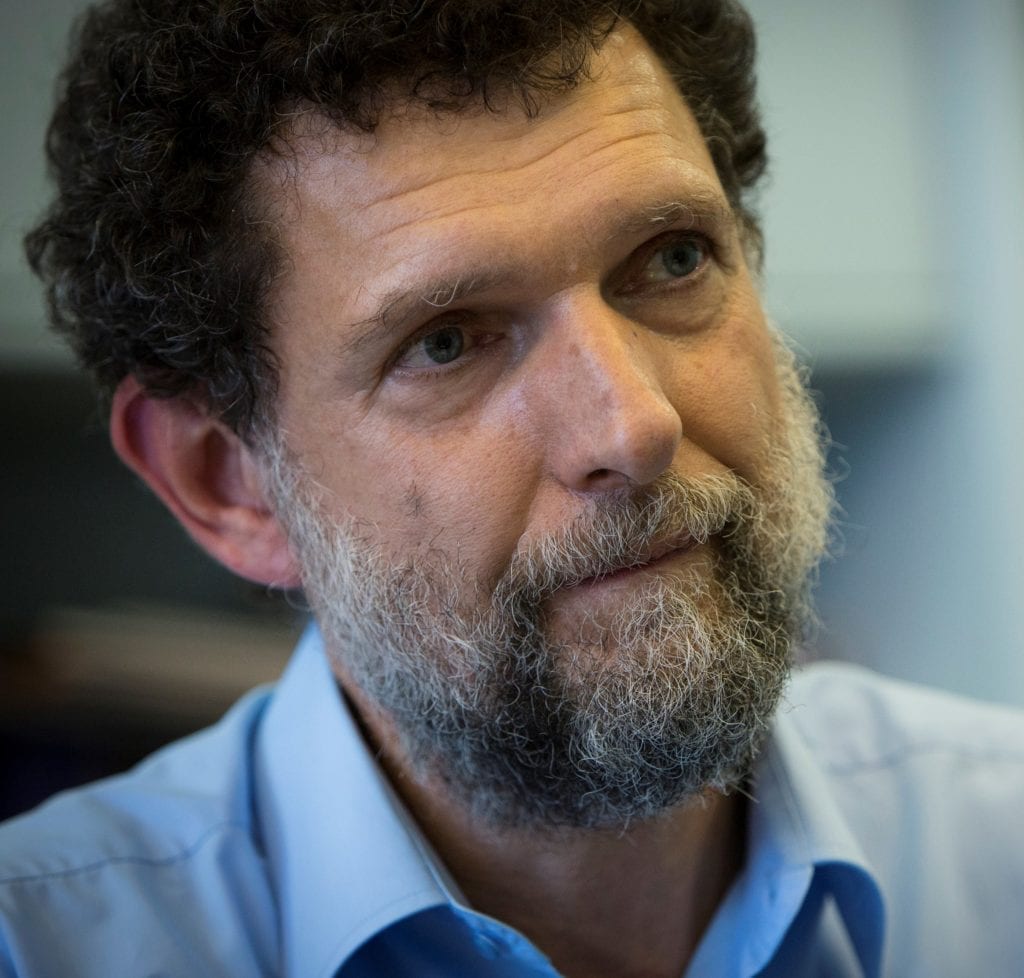 As representatives of Amnesty International USA, Freedom House, PEN America, and the Project on Middle East Democracy (POMED), we are writing to draw your attention to an important matter concerning Turkey.

Monday, July 27, 2020 will mark the 1000th day of Turkish civil society leader Osman Kavala’s unjust imprisonment. Kavala has devoted his life and wealth to nonviolent social causes aimed at promoting a more civil and just Turkey. Kavala has been a particular champion of dialogue between Turkey’s Muslim-Turkish majority and Kurdish, Armenian, and other minorities.

Since Kavala was taken into custody in October 2017, he has been charged, absurdly and without evidence, with attempting to overthrow the government through mass protests; aiding a coup attempt; and conducting espionage on behalf of the U.S. government. A December 2019 ruling by the European Court of Human Rights (ECtHR)—whose decisions Turkish courts are bound to implement—found no evidence against Kavala and ordered his immediate release. In February 2020, Kavala was acquitted of ‘attempting to overthrow the government’. In March, however, the prosecutor brought forth the espionage charge—in a move largely seen as a way to bypass the ECtHR ruling and keep Kavala in prison under a new case for political reasons.

Kavala’s case is emblematic of the thousands of people arbitrarily detained in Turkish prisons in the context of politically motivated prosecutions, simply for exercising their rights to peaceful opposition and freedom of expression. We believe that this issue is of utmost importance for Turkey’s fundamental freedoms and human rights record. We therefore urge the United States government to make a public statement calling for the immediate and unconditional release of Kavala and all prisoners of conscience in Turkey, on July 27, the thousandth day of Kavala’s unjust detention.

Turkey’s human rights record is an essential U.S. interest because of its close correlation with the country’s long-term stability. Turkey must urgently stop its unlawful and unjust detentions of civil society leaders, journalists, academics, politicians, and ordinary citizens for political reasons. A U.S. statement calling for the immediate and unconditional release of Kavala would send a strong message to the Turkish government that the United States views human rights in Turkey as a priority.