g) Mid East and North Africa – New Amnesty International Report Reviews Crackdown on Protests Across the Region and Other Human Rights Violations in 2019.

Indigenous Women in the U.S.

b) Congress Should Pass Savanna’s Act (227, H.R.2733) to Provide Accountability for Missing and Murdered Indigenous Women 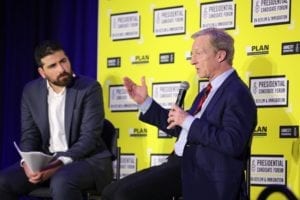 b) Amnesty Issues Human Rights Policy Recommendations for Presidential Campaigns. Amnesty has published domestic and foreign policy recommendations ranging from regulating U.S. gun sales to ending U.S. arms sales that fuel war crimes abroad to building a humanitarian protection system that addresses the needs of people at the U.S. border as well as those seeking safety across the globe. The third and final set of policy recommendations will address thematic human rights priorities and will be released in late March.

c) Russia –Amnesty Testifies on Russian Government’s Targeting of Crimean Tartars. On February 27 Amnesty’s Eurasia Advocacy Director Daniel Balson testified before the Lantos Human Rights Commission at a hearing on Human Rights in Russia. Since the Russian government’s annexation and occupation of Crimea in February 2014, the human rights situation in Crimea has rapidly deteriorated. Russian authorities in Crimea have shuttered independent media, curtailed the right to freedom of expression, and launched a campaign of persecution and harassment against critics. Amnesty International urges Congress to demand full access for international monitors, ensure that U.S. diplomats attend politically motivated trials, and recognize Crimean human rights on May 18, the anniversary of their deportation to remote parts of the USSR by Soviet Authorities. 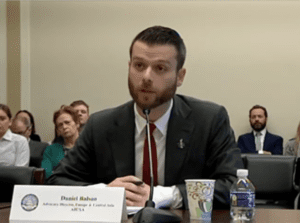 Above: On February 27 Amnesty’s Daniel Balson testified at a Lantos Commission hearing on the Russian government’s human rights violations against Crimean Tartars.

d) India – President Trump Condones Prime Minister Modi’s Anti-Muslim Policies.During his February 24-25 visit to India, President Trump failed to speak out against the Indian government’s new Citizenship Amendment Act, which grants citizenship to undocumented immigrants of several faiths but excludes Muslims, during his visit with Prime Minister Modi. Amnesty International has called on the Indian government to repeal the bill as it discriminates based on religion, a clear violation of India’s constitution and international human rights la

e) Syria – Syrian Forces’ Bombings Kill Civilians Including Children in Idlib. On February 25 Russian-backed Syrian government forces targeted and bombed schools, hitting at least 10 schools and dozens of hospitals in the Idlib and Aleppo countryside. Since February 12, aerial and ground bombardment from Russian and Syrian regime forces killed 75 civilians, including 21 children. Between February 12 and 26, 300,000 civilians fled Aleppo, Hama and Idlib. The attacks against the civilian population constitute war crimes and crimes against humanity and have generated a new refugee crisis. One million Syrian civilians have now fled towards the Turkish border. Amnesty International calls on Syrian and Russian forces to stop all direct attacks on civilians, and the White House to re-engage in the Syrian peace process in order to bring an end to the carnage.

Americas – New Amnesty International Report Reviews Officials’ Violence Responses to Protests and Crackdown on Asylum Seekers Across the Americas. In 2019 the Americas saw millions protest rampant violence, inequality, corruption and impunity. At least 210 people died in protests across the Americas: 83 in Haiti, 47 in Venezuela, 35 in Bolivia, 31 in Chile, eight in Ecuador and six in Honduras. In Venezuela 4.8 million have been forced to flee for safety while Peru, Ecuador and Chile clamped down on the right to seek asylum. Instead of imposing restrictive policies, governments across the Americas must work to protect the rights of all people so they can live in freedom and safety.

Mid East and North Africa – New Amnesty International Report Reviews Crackdown on Protests Across the Region and Other Human Rights Violations in 2019. The Mid East and North Africa saw mass protests break out in 2019, notably in Algeria, Iran, Iraq, Lebanon and the Occupied Palestinian Territories. Authorities used excessive force, and in some cases lethal force causing hundreds of deaths in Iran and Iraq, and arbitrary detentions to stop the peaceful protesters. Officials across the region heavily restricted freedom of expression and civil society activities, with some particularly clamping down on those criticizing the authorities on social media, and targeted hundreds of human rights defenders. Governments must protect the right to free expression and uphold human rights across the region.

Indigenous Women in the U.S.

a) Senate Must Pass Violence Against Women Act (VAWA) Reauthorization (S. 2843), to Support Indigenous Women. Since 1994, with bipartisan support, VAWA has provided U.S. money and programming to combat and respond to domestic and sexual violence. In 2013 Congress expanded VAWA to include Native American women. Congress has since allowed VAWA to lapse, but the House passed a reauthorization that further closes the legal loophole that has led to high violence against Native women, and expanding tribal jurisdiction over crimes such as rape, child abuse, or assaulting police. The Senate, however, has introduced two different versions of VAWA reauthorization. Amnesty International USA calls on the Senate to pass the version introduced by Senator Feinstein (S.2843), which includes these stronger protections for Native women.

b) Congress Should Pass Savanna’s Act (S. 227,H.R.2733) to Provide Accountability for Missing and Murdered Indigenous Women.More than four in five Native American and Alaska Native Women have experienced violence in their lifetime. On some reservations, Native women are murdered at more than 10 times the national average and are twice as likely to experience sexual crimes. Savanna’s Act (S. 227, H.R. 2733) directs the Justice Department to develop protocols to address missing and murdered Indigenous women and girls (MMIWG). This legislation is necessary to better coordinate law enforcement and build necessary data regarding MMIWG.

c) Senate Committee on Indian Affairs Should Hold Hearing on Sexual Assault and Lack of Post-Rape Care for Indigenous Women.More than one in three NativeAmerican and Alaska Native women will be raped in their lives, and many do not receive adequate justice for sexual violence. The Indian Health Services does not consistently provide rape kits, ensure someone on site is trained to administer the rape kit, or adequately track data on sexual assault services provided. The Senate Committee on Indian Affairs should hold a hearing to investigate the lack of justice for sexual assault survivors, and to ensure that IHS provides adequate medical care for Native women survivors.

d)  Congress Should Pass the Safe From the Start Act (H.R. 4092). In humanitarian situations women and girls face an increased risk of rape, child marriage, domestic violence, human trafficking, exploitation by humanitarian personnel, and other forms of gender-based violence (GBV). This legislation would implement the Safe from the Start program, a State Department and USAID initiative, that would ensure context-appropriate services for girls and women who are exposed to GBV during humanitarian crises and establish tools to promote greater efficiency and accountability of response and recovery efforts.

e) Saudi Arabia – Congress Should Call for the Releaseof Saudi WHRDs.In May 2018, Saudi authorities arbitrarily detained thirteen WHRDs for demanding equality and defending human rights. At least 10 of them were tortured, sexually abused, and subjected to other forms of ill-treatment while in prison. Due to international pressure, in March 2019 three of these activists were released, and then another five more were released in May 2019, but all the women still have pending charges against them. Amnesty International urges Members of Congress to sign onto Dear Colleague letters, hold hearings and briefings, and make floor statements calling for the immediately and unconditionally release of the remaining five women, and that charges be dropped against all the WHRDs.

f) China – Women Document How Harassment of Uyghurs Extends Beyond China.On February 21 Amnesty International published abrief detailing how Uyghurs and other Turkic Muslim groups face harassment even outside of China. Rushan Abbas, Executive Director of Campaign for Uyghurs, has not heard from her sister Gulshan since September 2018. She believes that Chinese authorities took her sister, a retired medical doctor just days after Rushan made a speech about the mass detention of Uyghurs on Capitol Hill. Gulruy Asqar, a teacher living in the U.S., has a brother detained in Xinjiang. She started receiving frequent telephone calls from the Chinese consulate in Houston where a staffer pressed her for personal information and faced similar harassment from a Chinese mail delivery company. Amnesty International urges the Senate to pass the Uyghur Human Rights and Policy Act ( 178) to hold Chinese authorities accountable for the detention of Uyghurs.