As millions in Afghanistan suffer from hunger, exposure, and a collapsing economy, the Biden Administration must act immediately to save lives. Here’s how.

Afghanistan’s economy is collapsing. Behind the statistics carefully tracking the rising price of food, the falling value of the currency, and the dwindling foreign aid lies a humanitarian and an economic catastrophe of enormous proportions. Afghans are going hungry and are dying for entirely preventable reasons. The UN has warned that poverty will be a universal condition in a matter of months, with 97% of the country living on less than $1.90 per day. One out of two children under five may be acutely malnourished before the end of the year. Eight out of ten Afghans drink contaminated water. Like all people, Afghans have a right to adequate food, housing, education, health, and security. For most Afghans, these rights are under grave threat and President Biden must act to protect them.

The Biden Administration’s recent decision to divert $3.5 billion of Afghanistan’s frozen assets to settle legal claims from some September 11th, 2001 victims’ families is a mistake. The families of the victims and the survivors of these attacks deserve justice, compensation, and accountability for the horrifying crime committed against them. Yet the money in question does not belong to the perpetrators of these heinous attacks; it belongs to the people of Afghanistan. And many of these people are today going without food.

In the brief below, Amnesty International lays out the scope of the problem and provides concrete steps that U.S. officials must take to ameliorate the suffering. The cost of the failure to act will be denominated in human lives. The cost will be steep. 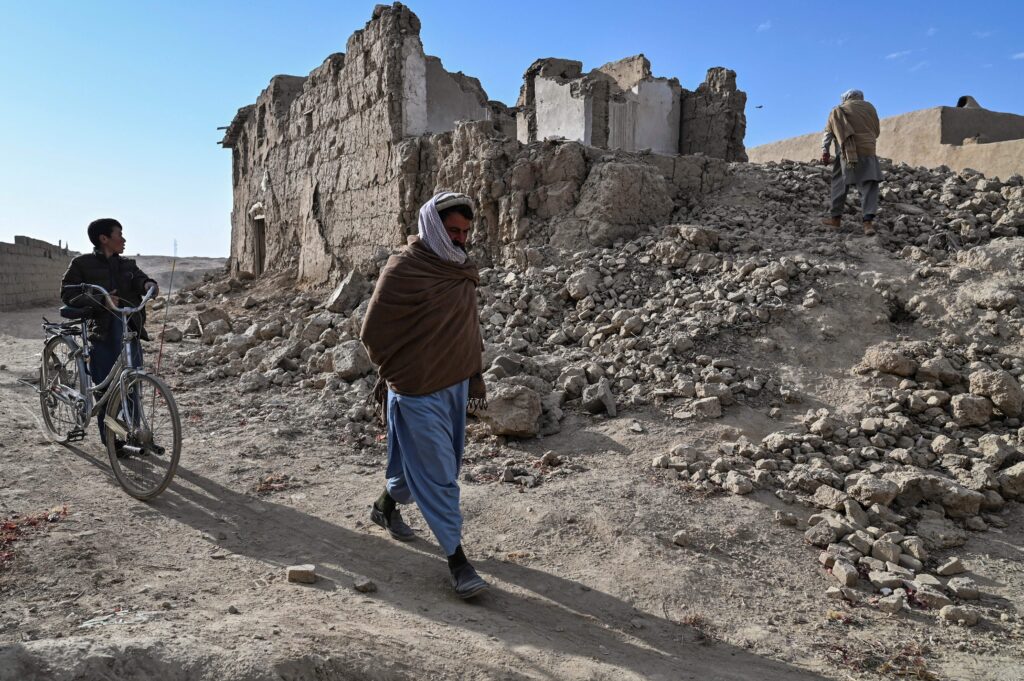 The White House’s decision to divert billions of dollars away from suffering Afghans is unjust. Here’s how the Biden Administration can address Afghanistan’s humanitarian and Economic crises.

On February 11th, the Biden Administration moved to divert $3.5 billion in frozen Afghan foreign currency to families of victims of the September 2011 attacks. The decision is illogical and unjust. It must be reversed.

Amnesty International has long called for the compensation of the families of the victims and the survivors of the September 11th, 2001 attacks in the United States. The attacks constitute a crime against humanity. The survivors and families of the victims deserve justice, and compensation. The perpetrators must face accountability. Afghanistan’s frozen foreign currency assets, however, do not belong to the de facto Taliban authorities or to the perpetrators of these attacks. These funds, which were sourced over 20 years, are the property of the Afghan people and the full sum must be made available to resuscitate the Afghan economy during a time of desperate need.

Afghans have suffered from extreme disadvantage long before the Taliban’s takeover of the country. Today, Afghanistan has 5.5 million internally displaced people (IDPs) mainly due to decades of protracted conflict, a number greater than to the population of Los Angeles. Severe drought, which has hit more than 80% of the country, has augmented the suffering. Despite the dire situation, the forced return of Afghans from other countries in the region, Iran, and Pakistan in particular, has continued.

Amnesty International has long documented the staggering toll poverty has taken on Afghans’ ability to access employment, food, shelter, and healthcare. In a 2016 report titled “My Children Will Die This Winter,” Amnesty chronicled how the country’s IDPs languish in appalling conditions, cut off from their support networks, braving the elements under tarpaulin cloth, and surviving off of spoiled vegetables.

Since the fall of Kabul to the Taliban, the situation has gotten worse. The UN has warned that Afghanistan may suffer from ubiquitous privation by the middle of 2022, with 97% of the population at risk of falling below the international extreme poverty line of $1.90/day.

Last month, UN Secretary General Antonio Guterres described the horror: “babies being sold to feed their siblings. Freezing health facilities overflowing with malnourished children. People burning their possessions to keep warm”. UNICEF has estimated that one out of every two children under five years old in Afghanistan will be acutely malnourished in 2022 and that eight out of ten Afghans drink contaminated water.

Much of the blame for Afghans’ current suffering falls on the Taliban. Since their takeover, Taliban officials have staffed vital government offices with supporters who lack the technical competencies to fulfil their duties. Apart from those working in the healthcare sector and a few other exemptions, women across Afghanistan have been barred from returning to work. In addition to violating women’s human rights, this unconscionable policy robs the country of desperately needed intellectual capital as it teeters on the brink of universal poverty. There are growing concerns and complaints about discrimination in aid delivery in Afghanistan, both by the UN and the Taliban authorities.

Policies set forth by the Biden Administration have also contributed to the dire situation. Since the fall of Kabul, the White House has frozen billions of the Afghan Government’s foreign currency reserves and has halted development assistance. The U.S. government’s approach has functionally locked Afghanistan out of the global financial system and has helped precipitate a liquidity crisis that has made it nearly impossible for Afghans to purchase food. Concurrently, Afghanistan has experienced an inflation crisis in which the price of food items has significantly increased.

Valuable first steps have already been taken. To respond to the dire humanitarian situation – including that facing Afghan refugees in neighboring countries, the UN has made a $5 billion funding appeal for 2022 alone. In January, The Asia Development Bank approved $405 million in grants for food security, education and health in Afghanistan – to be disbursed through the UN agencies present in Afghanistan. Earlier in September 2021, at a UN meeting in Geneva, donors pledged $1.2 billion in aid to Afghanistan. The U.S. Treasury Department’s decision to issue additional licenses in support of humanitarian activities and commitment of $308 million in humanitarian aid are likewise welcome developments.

Still, as Afghans face an economic collapse of historic proportions, more must be done to alleviate the suffering. The steps outlined herein are practical and urgent. Many have already been articulated by Members of Congress and humanitarian leaders. If the U.S. government is to help avert the wholesale starvation of a country of 39 million people, it must act with haste. Policy leaders cannot pretend they have no options but to watch as Afghanistan succumbs to famine, exposure, and disease.

The U.S. Government as a whole should:

The Biden Administration should:

The U.S. Congress should: