These laws embolden gun owners to shoot to kill in situations where deadly force could have been avoided. Stand Your Ground has been proven dangerous, unnecessary, and also discriminatory.

Stand-Your-Ground laws raise serious concerns about the protection of the most fundamental human rights: the right to live and the right not to be subjected to discrimination on any grounds.

Everyone has a right to self-defense, but evidence shows that Stand Your Ground laws actually endanger lives and public safety.

Stand Your Ground laws remove the “duty to retreat” before shooting to kill. The “duty to retreat” exists to minimize the use of deadly force to incidents where there is no safe alternative. While the word “retreat” may initially invoke images of an individual fleeing for their life, the meaning in this context is simply making any attempt to deescalate or walk away, if one is able to do so safely, before shooting to kill.

The “duty to retreat” is a standard by which we all operate on a day-to-day basis – instead of throwing a punch at the first sign of a threat, we expect individuals to at least attempt to deescalate or walk away, and resort to violence only when absolutely necessary. We should be able to expect the same – if not higher – degree of diligence when considering deadly weapons in public spaces.

In general, the use of lethal force is lawful only if, at the time of its use, it is “strictly unavoidable” in order to meet an “imminent threat of death” in self-defense or defense of others. The definition of ‘imminence’ in international law is highly limited – an offensive act already in motion. While these standards were developed for law enforcement officials, Amnesty International believes that they provide useful guidance for the state in determining what force is acceptable from private individuals who are in effect taking the law into their own hands.

Increase in gun-related homicides after Florida enacted Stand Your Ground 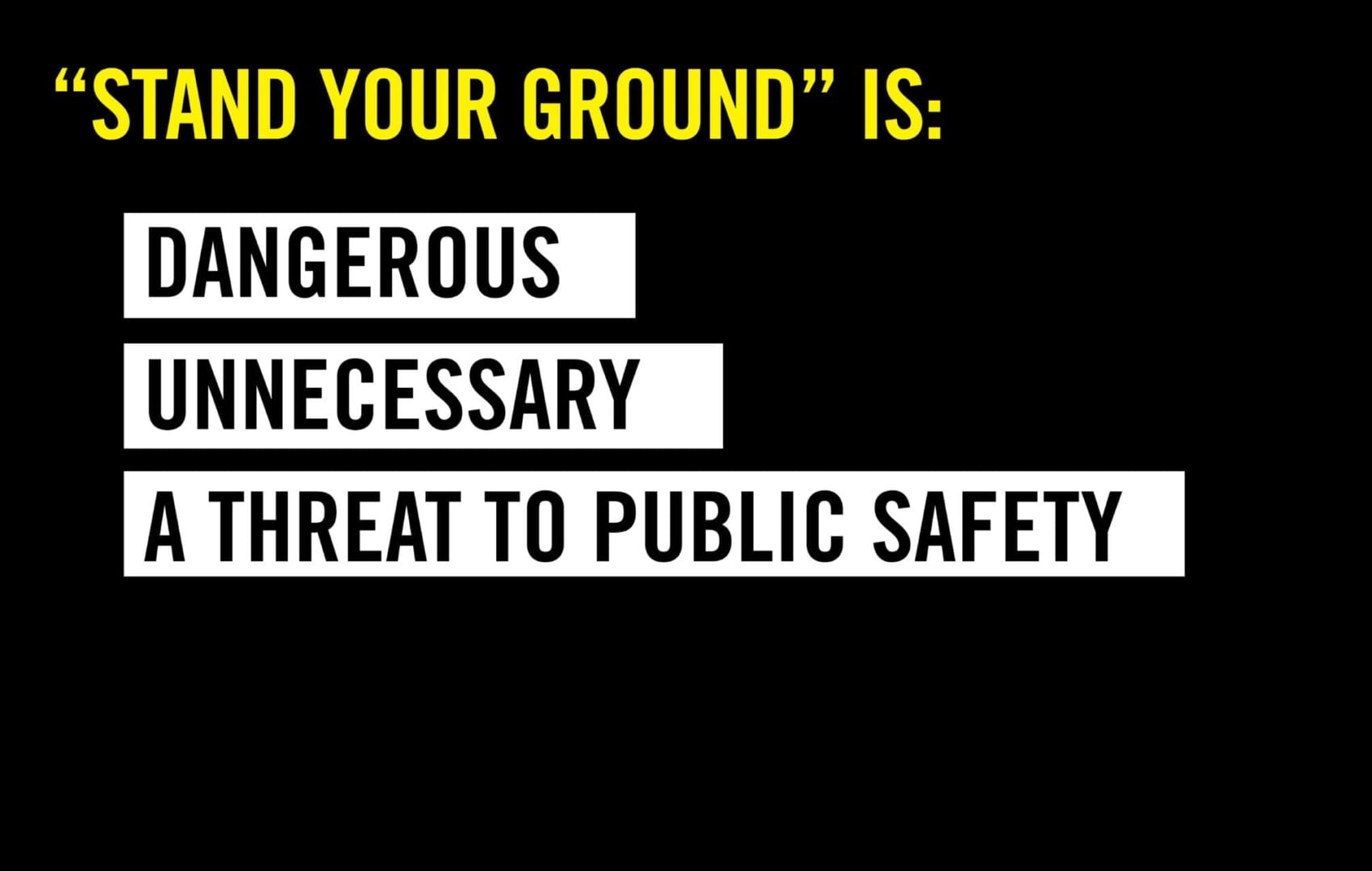