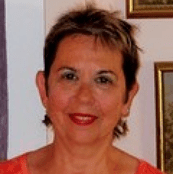 Phyllis Pautrat is a licensed clinical social worker who worked over twenty five years as a psychotherapist and outpatient director in community mental health in Philadelphia, specializing in trauma treatment, specifically Post Traumatic Stress Disorder.  She has also worked for the Defender Association of Philadelphia as a forensic social worker, in both the Juvenile Special Defense Unit, and Capital Homicide Unit while working as a psychotherapist.  She has been in private practice since 2012 in New Jersey.  Additionally she has managed her own forensic consulting business, providing capital mitigation assessments and investigations in death penalty defense since 1994.  She has testified as an Expert Witness at death penalty sentencing hearings throughout Pennsylvania.

Since her initial involvement with Amnesty International USA, in 1983, Phyllis has served in several volunteer positions including as state and regional death penalty abolition coordinator for the Mid Atlantic Region.  She served five elected terms on the AIUSA National Board of Directors from 1995-2001, 2004-2010 and 2019-present.  She commenced her recent term on the board of Amnesty in September, 2019. She has been a trainer and speaker on human rights work in general, and on death penalty abolition since 1989.  She is a recipient of the National Coalition to Abolish the Death Penalty’s Community Service Award (1999) as well as having received special recognition for her work on behalf of Pennsylvania’s death row prisoners from Amnesty International’s Mid Atlantic Region. She has served on the board as Vice Chair and as Chair of the Program Committee. She has also represented Amnesty USA at the UK AGM in Belfast in 1997 and at the French AGM in Lyon, France in 2004.

An avid traveller, and photographer, Phyllis has visited many countries throughout Europe and in Central America.  She photographs sites where human rights violations have occurred, most importantly sites significant to the Holocaust, including Dachau, Mauthausen, Auschwitz-Birkenau concentration camps, Oradour-sur-Glane as well as Drancy and Compiègne transit camps.  She credits her work for human rights to her father, a child refugee from the Ukraine where he suffered tremendously, but taught his children that there is no lesser person.

She is a graduate of Rutgers University with a BA in Art History and Photography, and a graduate of Temple University School of Social Administration with a Masters Degree in Clinical Social Work.  Married to a French citizen, she has spent significant time throughout France, and speaks conversational French.