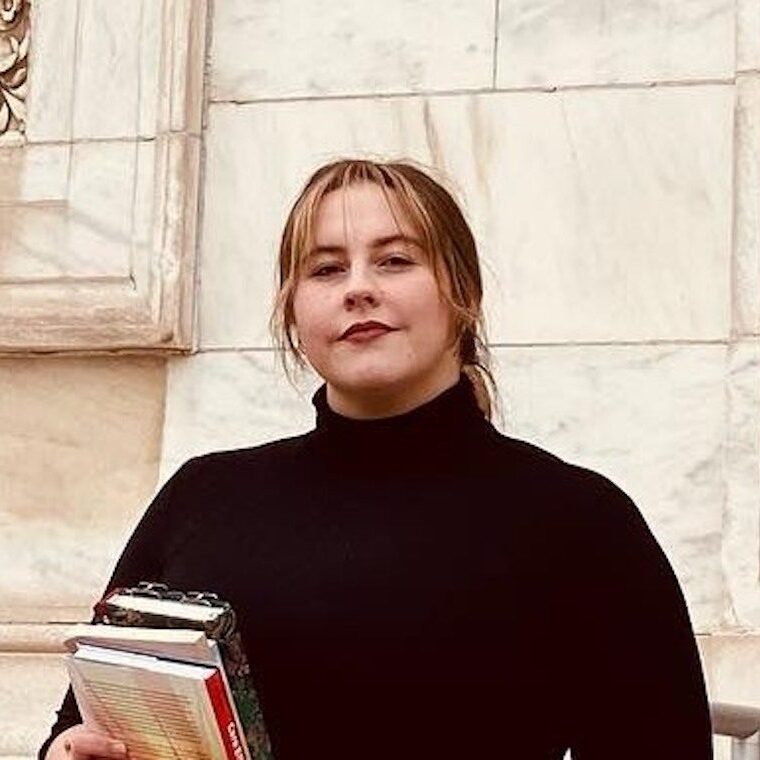 Emma has lead workshops and campaigns relating to gun violence, the death penalty, racial justice, gender equity, antisemitism, and LGTBQ+ rights. In 2018, she acted as a key leader in the Amnesty International USA campaign to stop Stand Your Ground provisions from becoming law in Ohio. In 2019, she presented a workshop at AIUSA’s Annual General Meeting titled “The Intersectionality of Gun Violence”, which focused on creating campaigns relevant and specific to affected identities in the movement against gun violence.

Currently, Emma works as a Research Specialist at Gartner, specializing in Legal Operations and Department Management. She is also a freelance writer, contributing opinion pieces to magazines on a variety of topics spanning from economic dignity to body positivity to pop culture. Emma received her Bachelor of Arts in Philosophy, Politics, and Economics with a minor in Public Policy from Ohio Northern University. In 2019, Emma spent a semester at Charles University in Prague, Czech Republic where she studied contemporary Central European political history. Her academic interests are focused on care ethics, the integration of intersectional feminist thought into political philosophy, and contemporary political history with a special interest in mass movements.