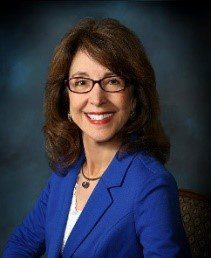 Ellen J. Kennedy, Ph.D., is the founder and Executive Director of World Without Genocide, which provides education about past and current conflicts and advocacy to promote peace and justice.  She is an adjunct professor at Mitchell Hamline School of Law, St. Paul, Minnesota.

Kennedy has received many awards for her work, including Outstanding Citizen from the Anne Frank Center in New York, Higher Education Leader of the Year from the National Society for Experiential Education, Community Service Award from the University of Minnesota, Human Rights Award from the UN Office of Church Women United, and Change-maker award from the Minnesota Women’s Press. In 2019 she was designated as a Prominent Minnesotan for her human rights work.

World Without Genocide has received a Certificate of Merit from the State of Minnesota – Office of the Governor and two Minnesota Ethical Leadership Awards.