Amnesty International has documented widespread human rights violations in China that were marked by a systematic crackdown on dissent. The justice system remained plagued by unfair trials and torture and other ill-treatment in detention. China still classified information on its extensive use of the death penalty as a state secret.

Repression conducted under the guise of “anti-separatism” or “counter-terrorism” remained particularly severe in the Xinjiang Uyghur Autonomous Region (Xinjiang) and Tibetan-populated areas (Tibet). Authorities subjected Uyghurs, Kazakhs and other predominantly Muslim ethnic groups in Xinjiang to intrusive surveillance, arbitrary detention and forced indoctrination. From early 2017, after the Xinjiang government had enacted a regulation enforcing so-called “de-extremification”, an estimated up to one million Uyghurs, Kazakhs and other ethnic minority people were sent to internment camps.

Police detained human rights defenders outside formal detention facilities, sometimes incommunicado, for long periods, which posed additional risk of torture and other ill-treatment to the detainees. Controls on the internet were strengthened. Repression of religious activities outside state-sanctioned churches continued. The authorities jailed religious leaders who were not recognized by the party for “endangering state security”. Freedom of expression in Hong Kong came under attack as the government used vague and over broad charges to prosecute pro-democracy activists.

In the summer of 2019, the people of Hong Kong have repeatedly protested against a proposed extradition bill. The Hong Kong police used tear gas and pepper spray, and in some instances, guns firing bean bags and rubber bullets to disperse protesters including those remaining peaceful.

Mass detention camps began making their appearance locally in 2014, spreading rapidly throughout Xinjiang after the adoption of regional “Regulations on De-Extremification” in March 2017. The goal of these facilities appears to be replacement of religious affiliation and ethnic identity with secular, patriotic political allegiance. The Chinese government initially denied their existence, but their construction has been documented by recruitment and procurement documents and satellite imagery. Eventually, it acknowledged their existence but claimed that they were voluntary “vocational training centers.” 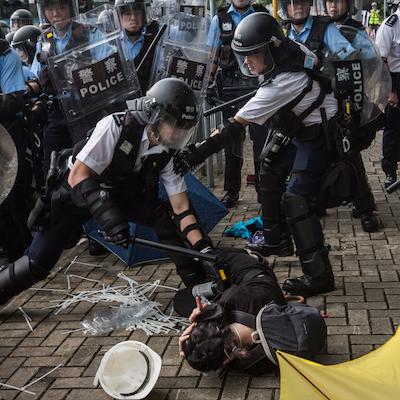 TAKE ACTION: Stop the crackdown on freedoms in Hong Kong

The Chinese authorities are proposing a security law in Hong Kong that could pose a grave danger for the rights of people in Hong Kong. 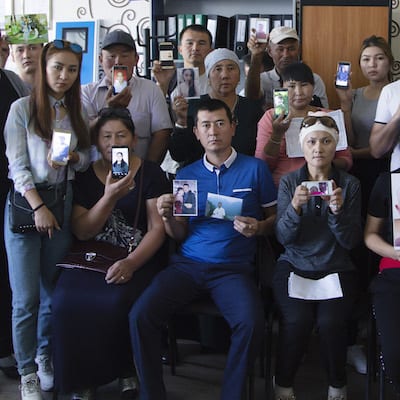 Responding to the effective expulsion of journalists working for three major U.S. newspapers in China, the Head of Amnesty International’s China team, Joshua Rosenzweig, said: “This shameful assault on freedom …

China is systematically harassing Uyghurs and other Muslim ethnic groups even after they have left the country, according to new testimonies gathered by Amnesty International. The case studies, published online today, …

The outbreak of the coronavirus (2019-nCov) that started in the Chinese city of Wuhan (Hubei province) in late 2019 has been declared a global health emergency by the World Health Organization (WHO). …

Responding to the passage of the Uyghur Human Rights Policy Act in the United States Senate and House of Representatives, Francisco Bencosme, the Asia Pacific advocacy manager at Amnesty International USA said...

U.S. Signing of the PROTECT Hong Kong Act Sends a Message to the World That People Can Come Before Profit

Antonio Guterres should publicly and unequivocally condemn the Chinese authorities’ abusive policies in Xinjiang and call for an immediate closure of camps containing an estimated one million Turkic Muslims, a coalition of five human rights groups, including Amnesty International, said in a letter to the UN Secretary-General.

Google Must Fully Commit to Never Censor Search in China

Google must now go one step further and commit to never aid China’s large-scale censorship and surveillance. The company’s past evasiveness on this issue leaves the door open to future abuses. CEO Sundar Pichai should make a definitive statement that it will not engage in any project in China that undermines human rights full stop.