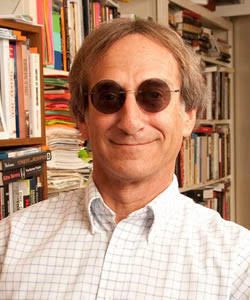 Dr. Rick Halperin started teaching in 1985 in the William P. Clements Department of History at SMU, and began teaching human rights courses in 1990. After being chosen as Director of the new Embrey Human Rights Program, he began overseeing its academic program, planning its public events, and developing a wide array of human rights focused trips.

Halperin has held many leadership positions in human rights and social justice organizations. During his more than 50-year affiliation with Amnesty International USA, he has served as chair of its board of directors three times. He has also served on the boards of the National Coalition to Abolish the Death Penalty, the Center for Survivors of Torture, the International Rescue Committee and the Texas Coalition to Abolish the Death Penalty. He has participated in a U.N. human rights delegation that inspected Irish prison conditions in Dublin and Belfast, as well as in delegations monitoring human rights in El Salvador and Palestinian refugee camps in Gaza.

He has spoken globally and at the United Nations on a wide range of human rights issues.